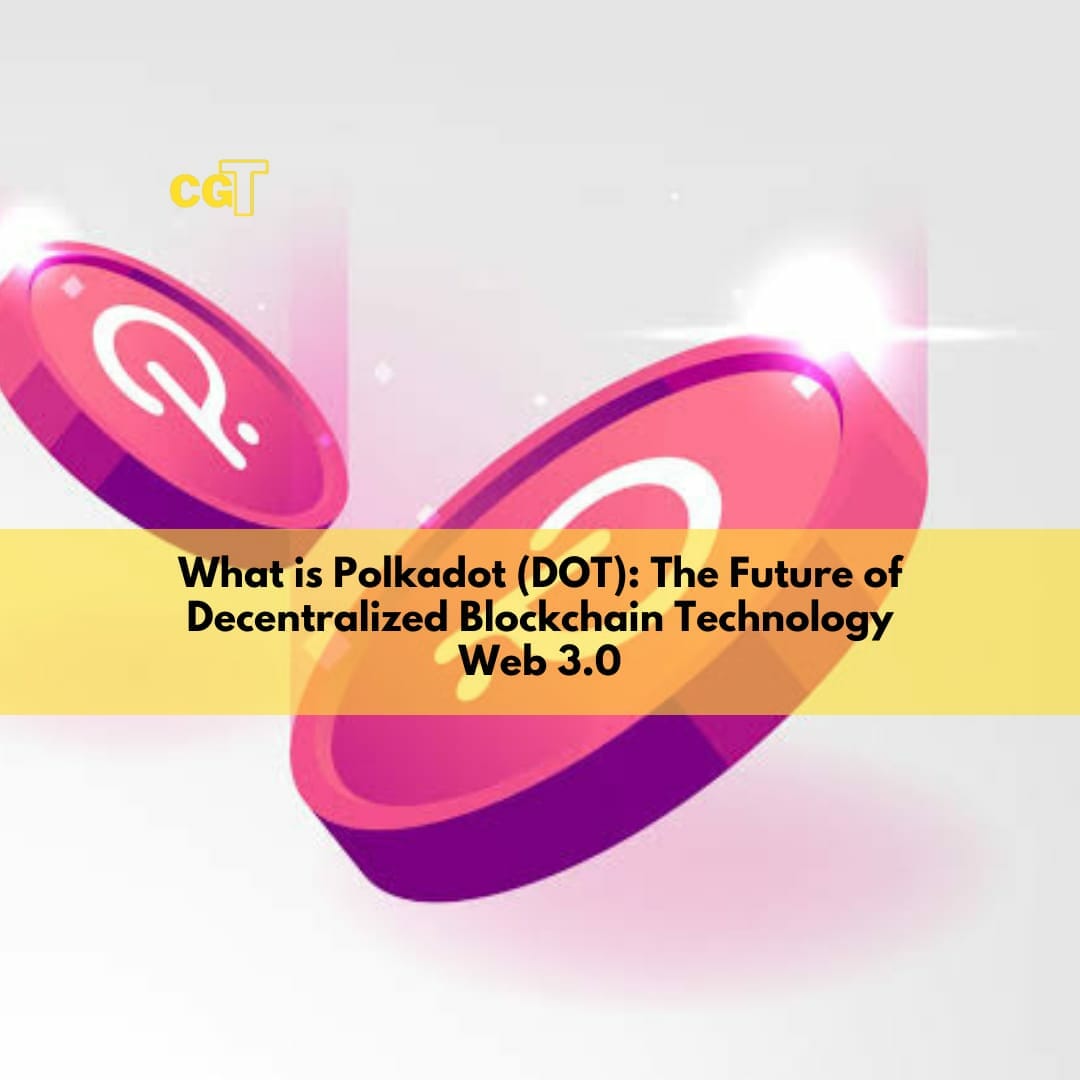 As a next-generation blockchain protocol, Polkadot (DOT) aims to connect multiple specialized chains into one unified network. With an emphasis on developing infrastructure for Web 3.0, the project, founded by the Web3 Foundation, aims to challenge Internet monopolies and give more power to individual users.

Polkadot is a decentralized blockchain protocol that aims to connect multiple specialized chains into a single unified network, allowing for interoperability and scalability. Founded by the Web3 Foundation, it is designed to be a next-generation blockchain platform with a strong focus on building infrastructure for Web 3.0, the decentralized version of the internet.

As I mentioned above, What are Polkadot (DOT) and the future of decentralized blockchain technology Web 3.0, it is important for you to know, unlike traditional blockchain systems, which rely on a single chain, Polkadot allows for multiple parallelized chains, called parachains, to operate within the network. This allows for more efficient use of resources, enabling faster and cheaper transactions. The ultimate goal of Polkadot is to disrupt Internet monopolies and empower individual users by providing an open, decentralized platform for building decentralized applications and services.

I am committed to creating a comprehensive guide that addresses all of your questions and concerns regarding this topic.

Crypto Guide Today is a leading publication platform for the global crypto community, offering a wide range of coverage on blockchain technology and its applications. From reviews and analysis to guides and news on crypto assets, ecosystems, NFTs, metaverse, and play-to-earn etc.

What is Polkadot (DOT)?

Polkadot (DOT) is an open-source protocol designed for all, positioning itself as the next evolutionary step in blockchain technology. The concept was initially developed by Dr. Gavin Wood, a co-founder of Ethereum. The team behind Polkadot aims to prioritize security, scalability, and innovation in their development efforts. To achieve this, they are building infrastructure to support new ideas and concepts while also enabling interoperability among various blockchain networks.

In the Polkadot ecosystem, an individual blockchain is referred to as a “parachain” (short for “parallel blockchain”), while the main chain is called the “Relay Chain.” The idea behind this design is that parachains and the Relay Chain are able to seamlessly exchange information at all times. One way to think of a parachain is as a similar concept to a “shard” in the proposed implementation of Ethereum 2.0.

The ultimate goal of Polkadot is to provide an open, decentralized platform for building decentralized applications and services, while also addressing the limitations of current blockchain systems such as Ethereum. To do this, Polkadot uses a unique architecture that separates the network’s control plane and the data plane, allowing for parallel processing of transactions. This structure also allows for greater flexibility and scalability, allowing different chains to operate with different consensus mechanisms, and thus, different levels of security and performance.

Polkadot (DOT) also uses a unique mechanism for consensus called “NPoS” or “Nominated Proof of Stake” where token holders can select “Validators” who are responsible for the security and the overall health of the network.

Polkadot (DOT)’s token (DOT) is used for governance and staking in the network. Token holders use their DOT to vote on protocol upgrades and can also earn staking rewards by holding and actively participating in the network.

Overall, Polkadot (DOT) aims to overcome the limitations of current blockchain systems and create a more decentralized and interoperable internet. It is still in the early stages of development and adoption, but has generated significant interest and investment in the blockchain community.

Polkadot (DOT) is a next-generation blockchain protocol that enables the interoperability and scalability of multiple specialized chains through a relay chain that connects them all. Its unique architecture is composed of several key components that work together to provide a secure and flexible network.

Parachains: These are individual, parallelized chains that operate within the Polkadot (DOT) network. They can be used for a wide range of purposes, such as running decentralized applications, token issuance, or data storage. Parachains can have their own consensus mechanisms and security models.

Relay Chain: The Relay Chain is the backbone of the Polkadot (DOT) network that facilitates the communication and coordination between the different parachains. It also maintains the shared state of the network, including the list of validators, the dot allocation and the network’s governance.

Validators: Validators are responsible for maintaining the security and integrity of the network. They validate and confirm transactions, participate in consensus, and propose and vote on protocol upgrades. They are elected by DOT holders through a Nominated Proof-of-Stake (NPoS) mechanism.

DOT Token: DOT is the native cryptocurrency of the Polkadot (DOT) network that is used for governance and staking. Holders can use their DOT to vote on protocol upgrades and earn staking rewards by holding and actively participating in the network.

Bridge: The bridges are used to connect the Polkadot (DOT) network to other blockchain networks, enabling interoperability and communication between them.

When a transaction is proposed to the network, it first goes through the Relay Chain, where it is verified and confirmed by validators. Then, the transaction is sent to the relevant parachain for final processing and inclusion in its own blockchain. This process allows for parallel processing of transactions, increasing the network’s overall scalability and performance.

In summary, Polkadot (DOT) uses its unique architecture and token-based governance model to create a secure and flexible network that allows for interoperability and scalability among multiple specialized chains. It is still in its early stage of development, but it has attracted significant interest and investment in the blockchain community.

Like many other blockchain projects, Polkadot (DOT) has its own digital currency, called DOT. This token serves a similar function as the network token for other blockchain networks such as ETH in Ethereum and BTC in Bitcoin, it’s used for transaction fee, governance and staking.

The DOT token has several key functions within the Polkadot (DOT) ecosystem. Most notably, it grants token holders with governance rights over the entire platform. This includes the ability to vote on network upgrades, determine network fees, and make decisions about the deployment or removal of parachains.

DOT is also designed to facilitate network consensus by enabling staking. As in other networks that involve staking, holders of DOT have an incentive to comply with the rules at all times. This is because non-compliance could result in losing their staked tokens.

Another use of DOT is as a bonding mechanism when new parachains are added to the Polkadot (DOT) ecosystem. The process requires a bonding period where the DOT is locked and is not released until the bonding period has ended and the parachain is removed from the network.

Is Polkadot (DOT) a Good Investment?

Some factors to consider when evaluating the potential of an investment in Polkadot (DOT) include:

Technology: Polkadot (DOT) is a highly ambitious and complex project that aims to create a more decentralized and interoperable internet. Its unique architecture and token-based governance model may provide advantages over existing blockchain systems, but it’s also still in the early stages of development and its technology is not yet fully proven.

Adoption: Polkadot (DOT) has generated significant interest and investment in the blockchain community, but its adoption and usage by developers and users is still in the early stages. It will take time to see if it can attract a meaningful user base and ecosystem.

Competition: Polkadot (DOT) faces significant competition from other blockchain projects and platforms, including Ethereum, which is also working on scaling and interoperability solutions.

Regulation: The regulatory environment for cryptocurrencies and blockchain technology is highly uncertain and constantly changing, which could impact the value and usability of Polkadot (DOT).

It’s important to remember that past performance is not an indicator of future performance, and investing in cryptocurrency is high-risk and can lead to total loss. Before investing, you should consider your own financial situation, investment knowledge and experience, appetite for risk and your long-term investment strategy. It would also be a good idea to consult with a financial advisor before making any investments.

I hope now that you’re well aware of what Polkadot (DOT) is and how it aims to be the future of decentralized blockchain technology in the web 3.0 era. While still in the early stages of development and adoption, it has generated significant interest in the blockchain community and is a highly ambitious and complex project.

In conclusion, Polkadot (DOT) is a next-generation blockchain protocol that aims to connect multiple specialized chains into a single unified network, allowing for interoperability and scalability. By using a unique architecture that separates the network’s control plane and data plane, Polkadot (DOT) aims to overcome the limitations of current blockchain systems and create a more decentralized and interoperable internet. With its token DOT, it also aims to offer a governance mechanism that can be used by the community to vote on network upgrades and network-wide decisions. While still in the early stages of development and adoption, Polkadot (DOT) has generated significant interest and investment in the blockchain community, as it aims to be the future of decentralized blockchain technology, web 3.0.

Crypto Guide Today provides the most up-to-date information to help the community understand and navigate this rapidly evolving field.

Which is better Polkadot or Ethereum?

It’s difficult to say which is better as it depends on the use case and the specific requirements. Both Polkadot and Ethereum have their own strengths and weaknesses and are being developed for different purposes. Polkadot aims to improve interoperability and scalability while Ethereum focuses on smart contract capabilities.

Is Polkadot the next big thing?

Polkadot is an ambitious and highly promising project, but it is still in the early stages of development and adoption, so it’s hard to say if it will become the “next big thing” in the blockchain space.

It’s difficult to predict the price of a cryptocurrency with certainty, as the value of Polkadot, like other crypto assets, is subject to market speculation and volatility. The reaching $1000 price point for DOT is highly speculative and would be dependent on various factors such as adoption, governance, regulation, competition, and more. 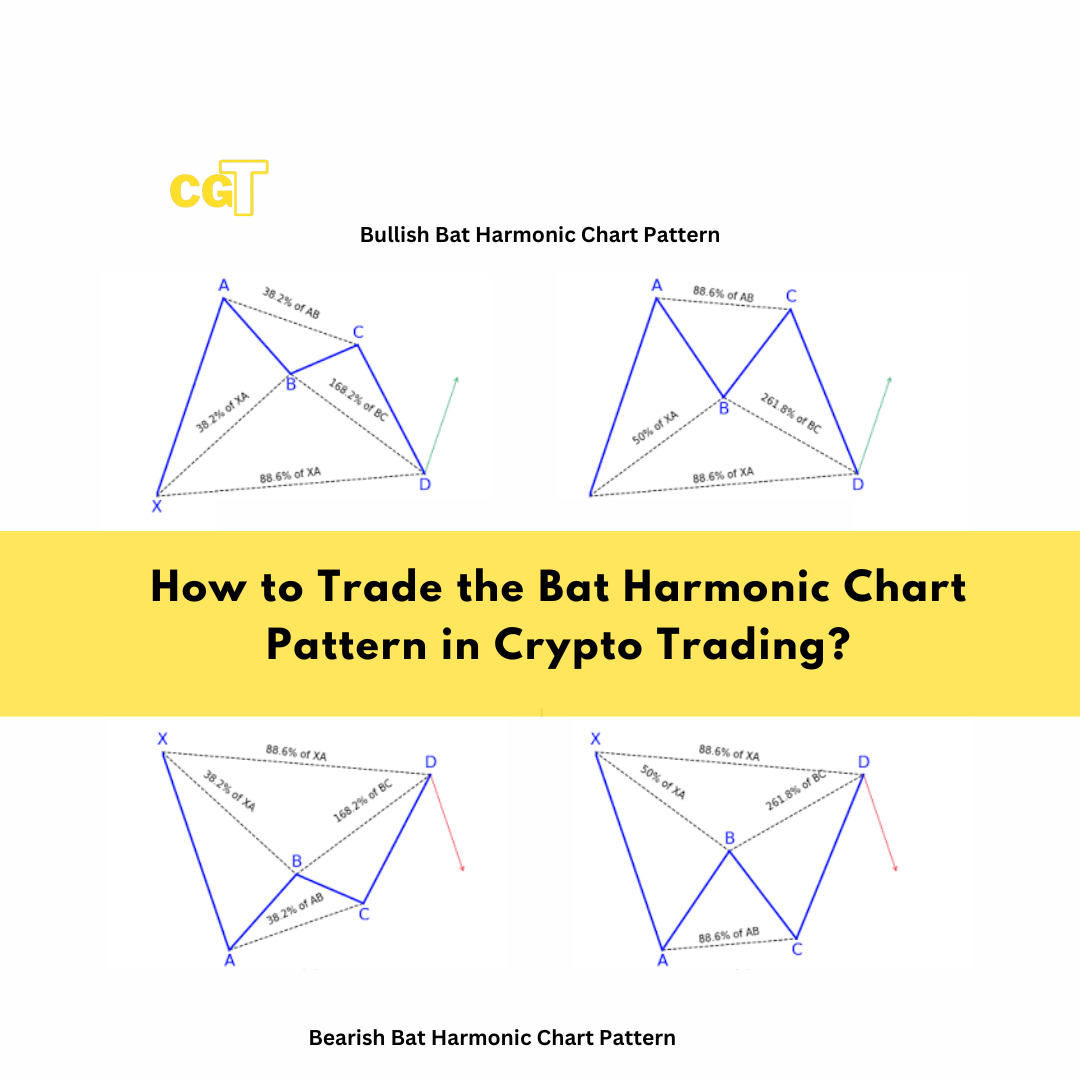 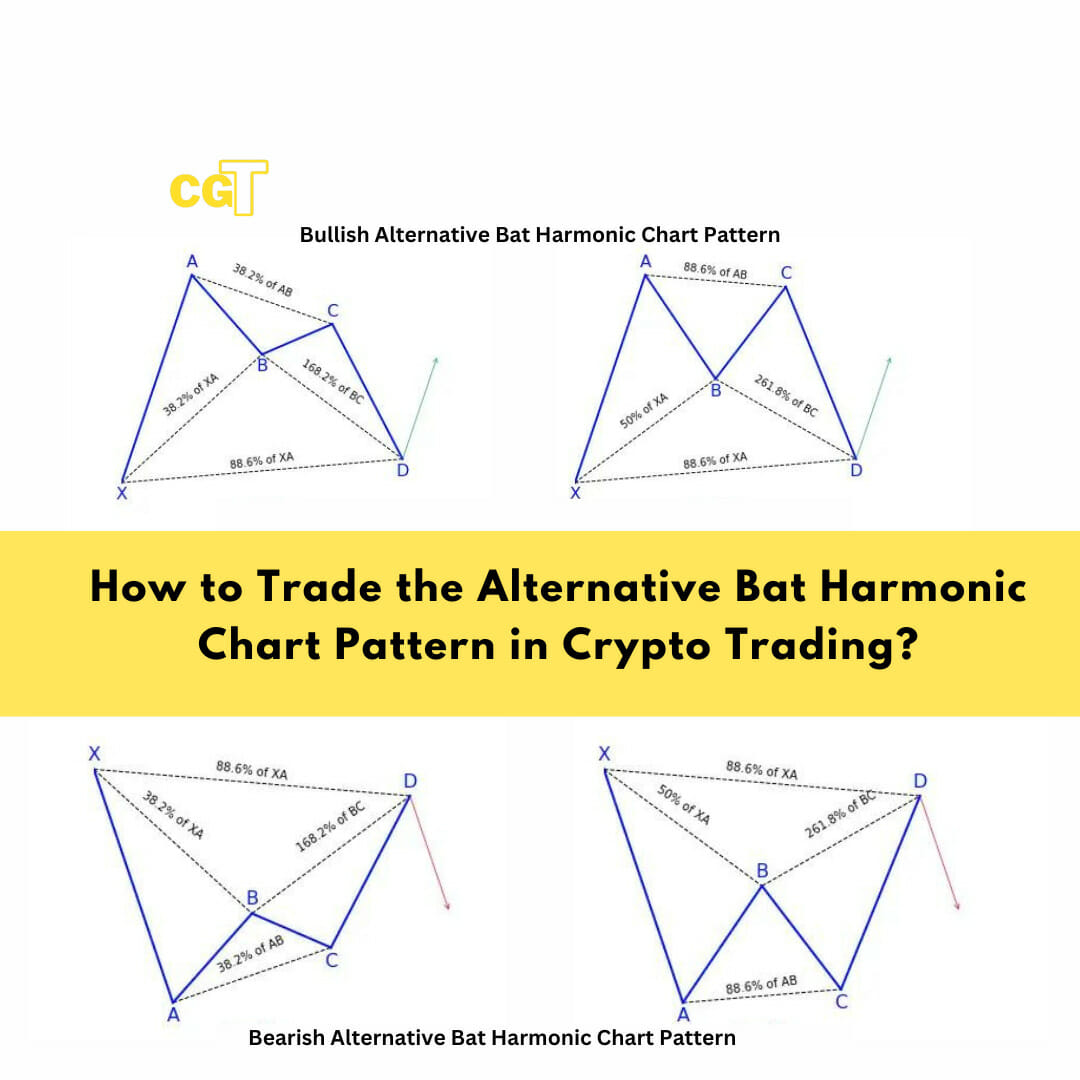 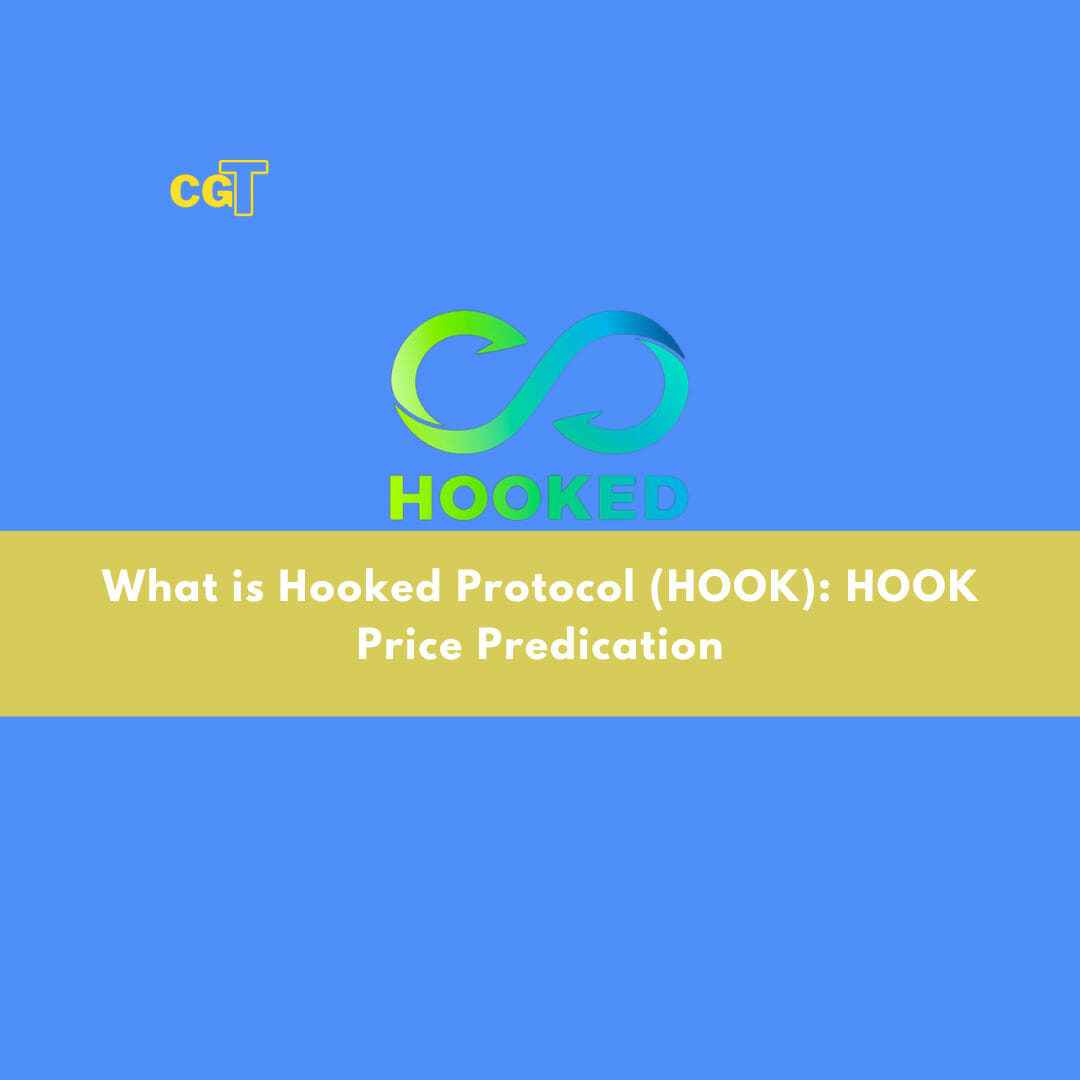 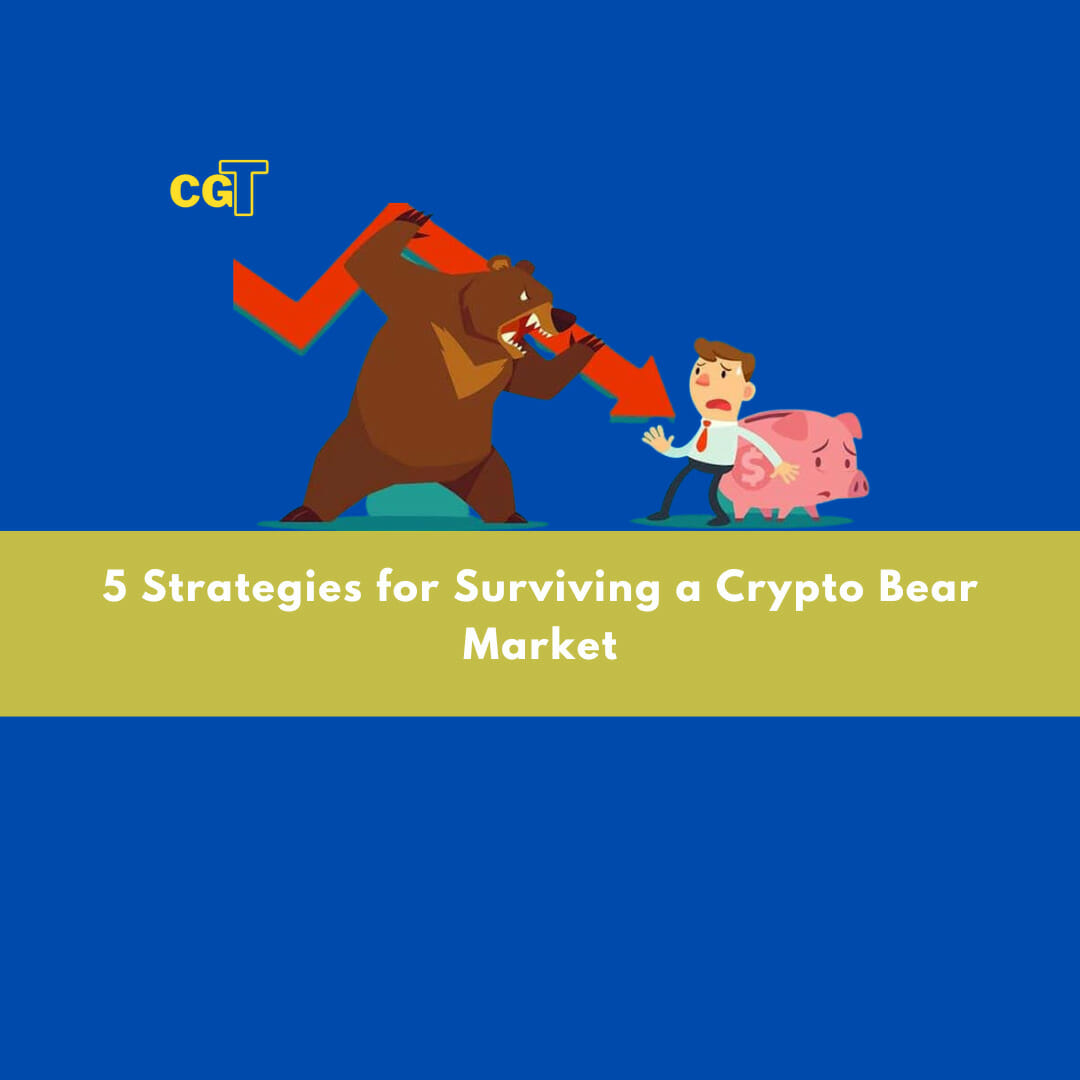 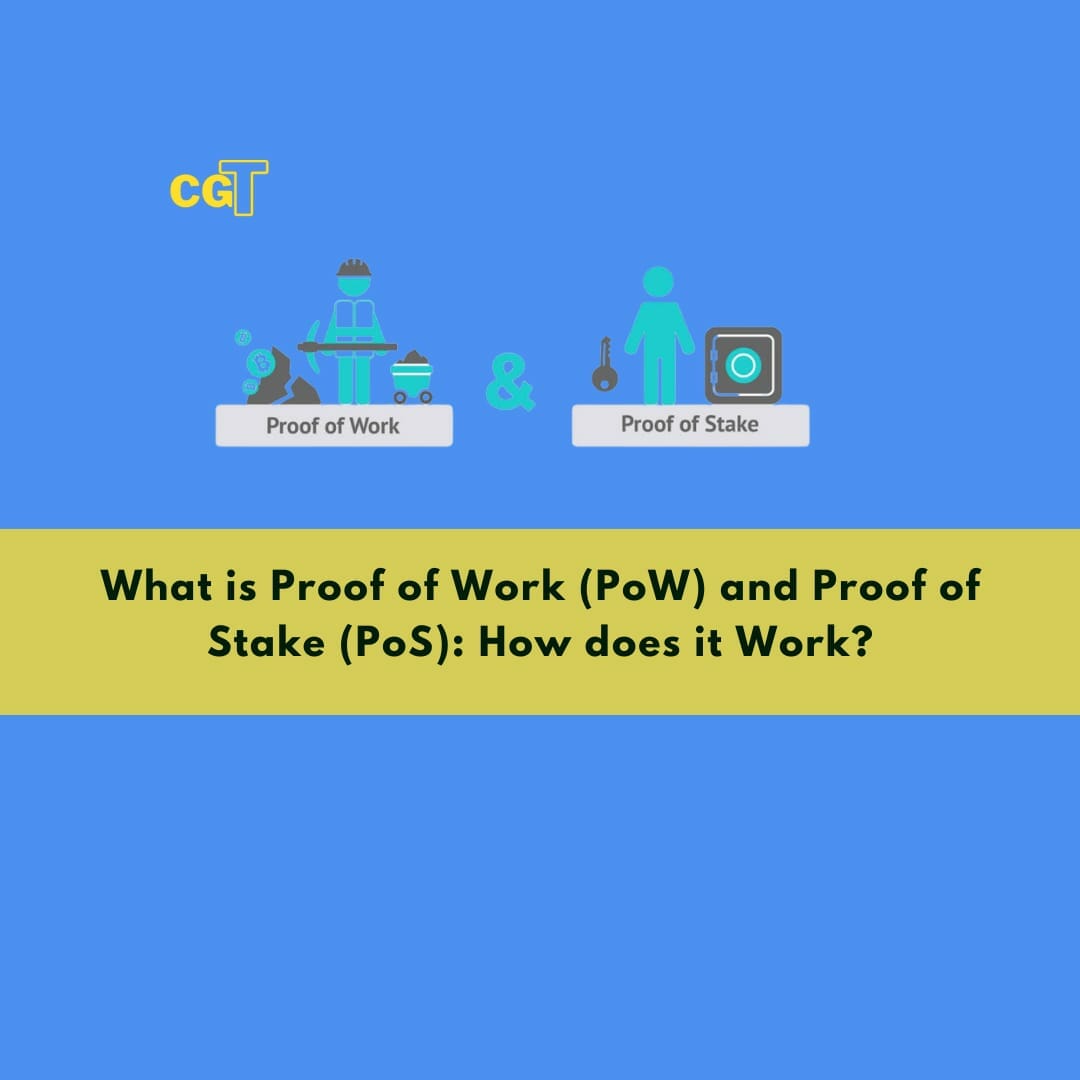 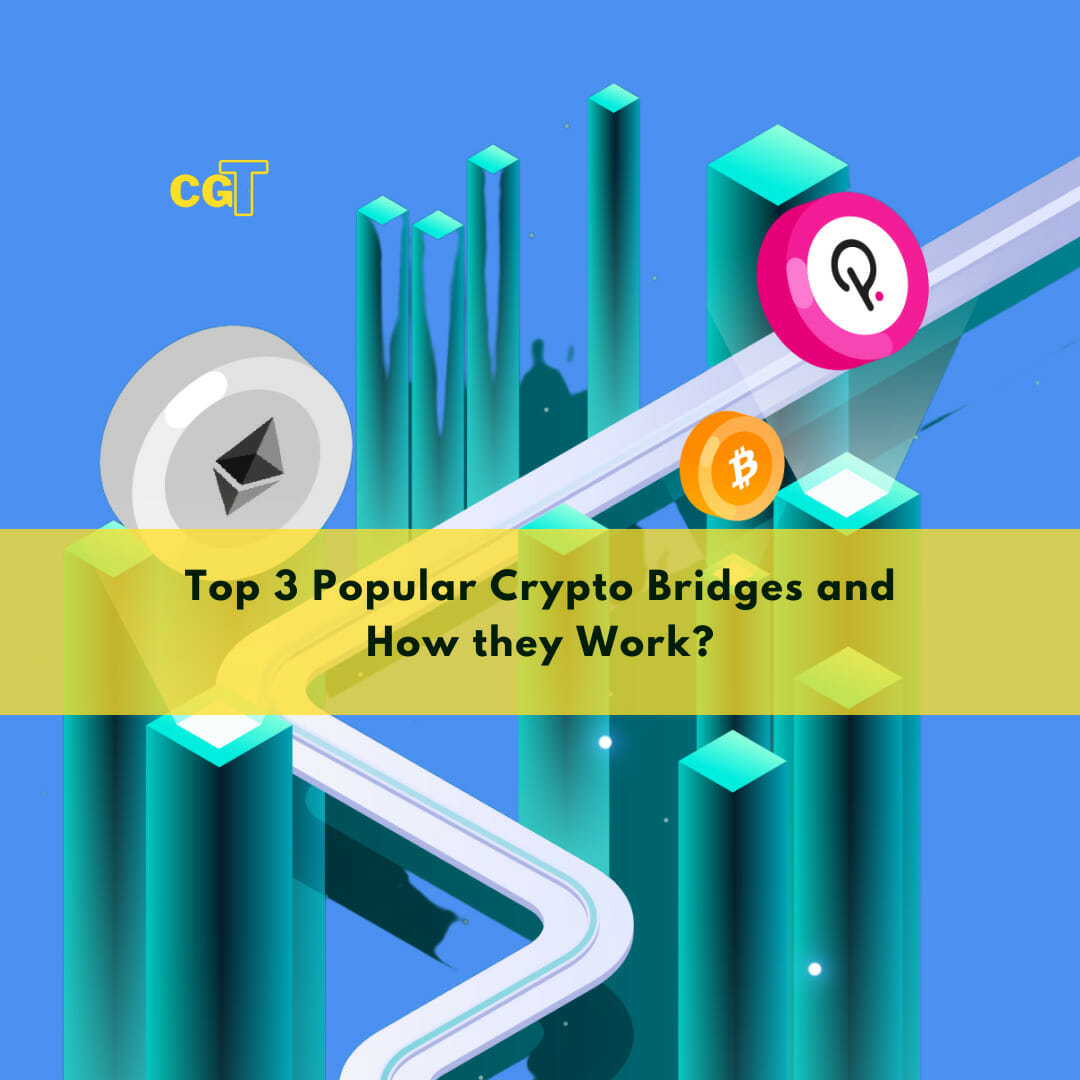 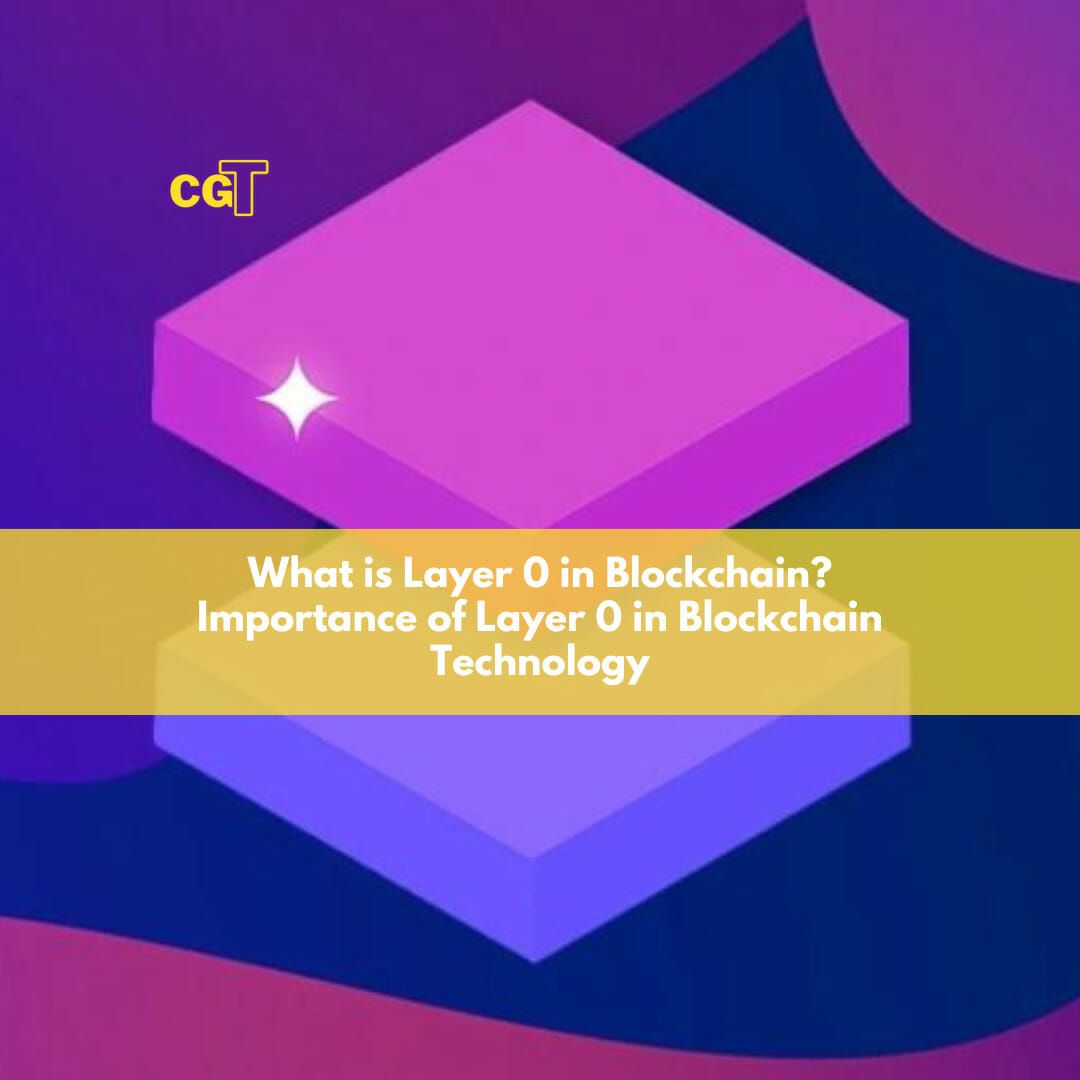 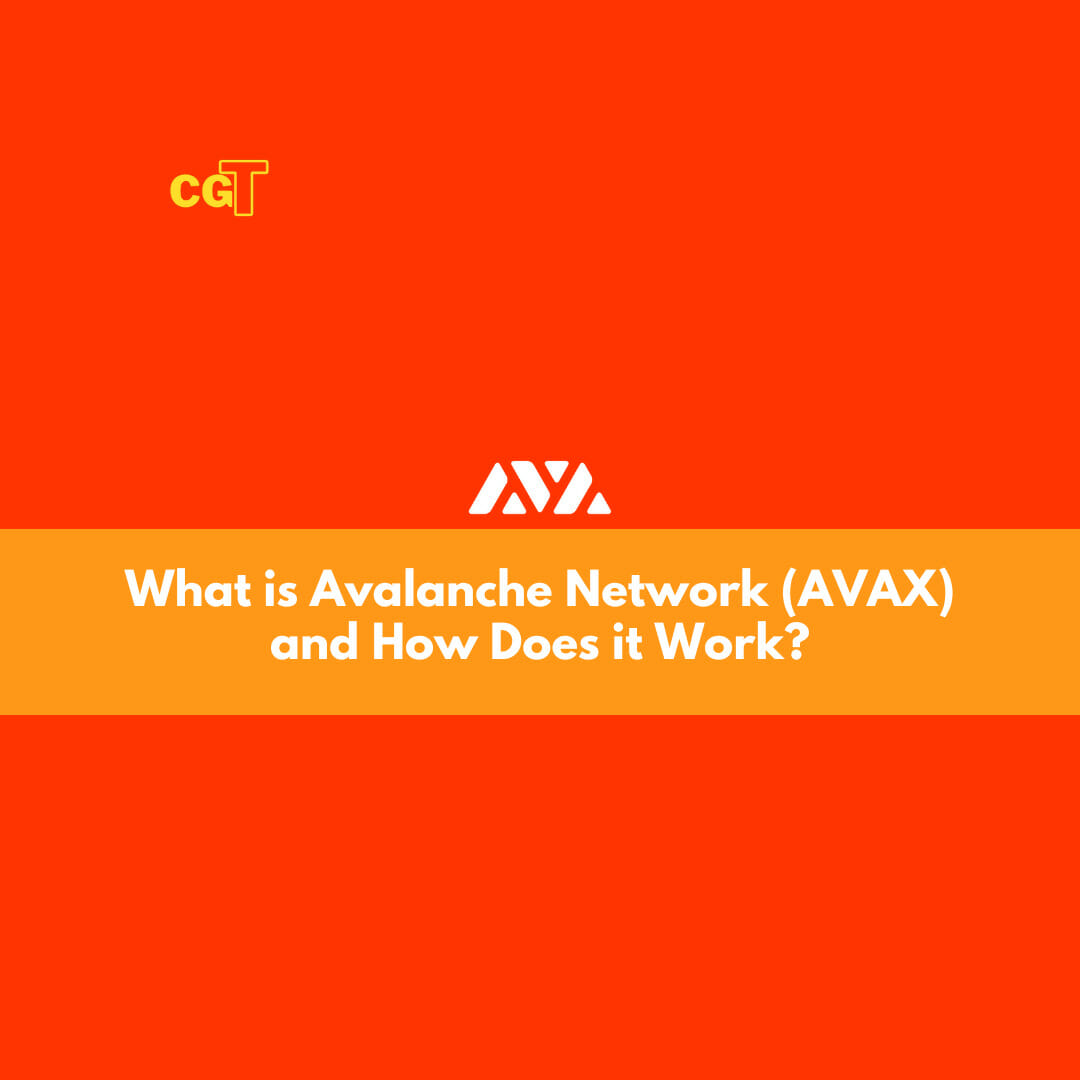