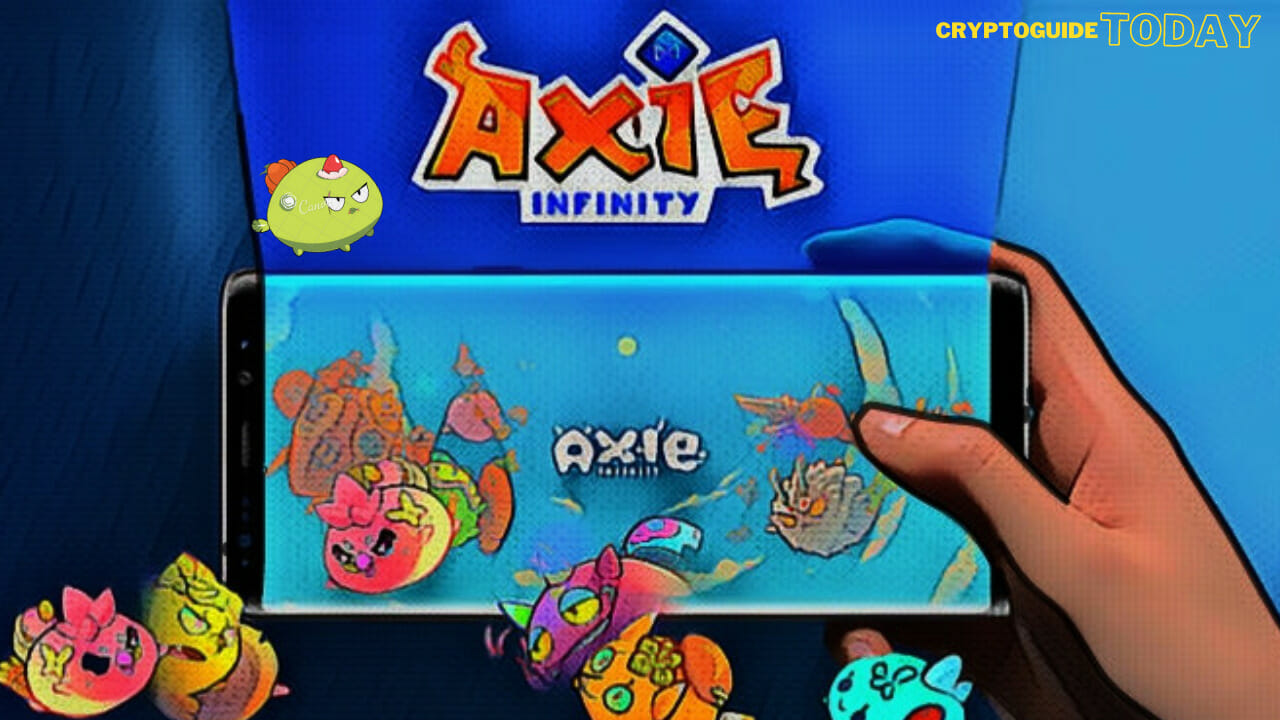 This blockchain-based trading and battling game, Axie Infinity, is partially owned and operated by the players of the game. If you’re interested in learning more about Axie Infinity. I recommend reading our full guide, what is Axie Infinity, and how does Axie Infinity work?

If you’re interested in blockchain, or cryptocurrency or want to start playing a blockchain-based game, Axie Infinity is the perfect fit for you. Here is a complete guide about how does Axie Infinity work?

You’ll get the chance to play with your very own NFTs and trade them at any point, plus earn tokens that can be deposited into your cryptocurrency exchange account.

Play Axie Infinity and start collecting and fighting your Axies.

If you are a gamer and have been searching for a new online game to play then Axie Infinity is the one for you. It has many creatures to choose from so that you can build your perfect character. Find out all about this new game, what is Axie Infinity, and how does Axie Infinity work?

In early 2021, non-fungible token (NFT) crypto collectibles started to explode in popularity. Blockchain-based video games have been developing in space far before other people could notice.

Axie Infinity is a blockchain-based game where you collect and pit adorable monsters against each other in cartoonish combat. You need to spend a significant amount of money on getting started before playing, but the upside is that you own your Axie NFTs and can trade them, plus its “play-to-earn” approach rewards you with cryptocurrency tokens that can be exchanged for money.

It’s exciting to see people putting their hard-earned money into the idea of playing games that identify themselves to be on the cutting edge. Here are some things for beginners to know about this new gaming platform.

What is Axie Infinity?

As a massively popular game trend, Axie Infinity provides an amazing opportunity to take care of and cultivate your own virtual creatures. Players can collect, breed, raise shields, battle, and trade them.

The game runs on the Ethereum blockchain and a sidechain called Ronin which, with its minimal fees, helps reduce the transaction delays; primarily focusing on turn-based battles against computer-controlled Axie teams or live opponents online.

In-game items are tokens that don’t have any ownership, they exist in the virtual world and can be exchanged for real money. They can also represent characters and other content, like land plots in an online game called Axie Infinity.

You can breed axies, which in turn increase the potential number of more powerful teams you can create, and which can earn you additional NFTs that can be sold on the marketplace. Some axie NFT’s have sold for an estimated $600,000.

Who Are the Founders of Axie Infinity?

Sky Mavis created Axie Infinity, It was co-founded by Trung Nguyen and Aleksander Larsen, who are some creative minds behind the game.

The Axie Infinity team consists of 25 people on the whole. Most of them have experience with game development.

How does Axie Infinity work?

There is no way to play the game without owning a couple of Axie items. It’s an in-game purchase.

You can purchase Axies from the official Axie marketplace, which is accessible through your wallet. Axies enable players to take their Axies into battle and earn rewards by playing the game on PC, Mac, Android, or iOS.

What is the DAO? How does the DAO’s Decentralized Autonomous Organization work?

Each Axie contains six out of a hundred or so different parts that can be selected when making an Axie. This means there are an endless number of possible combinations to make and most can only have average statistics, but some with the strongest combination will always have high stats.

With a limited number of offspring, this game has helped control the population of Axies. As you battle and breed your rare creatures across different arena levels, a blockchain records all your victories and defeats.

With the mating hub, players can find a compatible Axie to breed with and increase the chance of producing a desirable, rare, or powerful offspring. The breeding process costs 0.005 ETH and 0.0001 SLP tokens to Axie Infinity players.

Staking AXS will reward holders with daily payments of all the platform’s profits. But, unlike other stakable assets, you have to vote and play in order to claim your rewards.

How to get started with Axie Infinity?

On one hand, you’ll need three Axie NFTs to start playing Axie Infinity, and the cost for each on the marketplace once hovered around $225-$250. As of now, their cheapest available Axies are just $28 apiece. Keep in mind that they can sell them on the market, plus they earn rewards through gameplay.

Now that Axie Infinity has moved all of its assets to a new sidechain named Ronin, you will need to create an Ethereum address and download either MetaMask or Trust Wallet. After downloading one of these wallet options on your Mac or PC, use the Ronin bridge to move ETH over to the sidechain. From here, you can purchase Axies with this new WETH (Wrapped ETH).

Get the game and start playing on your PC or Mac computer, or download the Android app on a smartphone or tablet. The game is also available for Apple’s user TestFlight program.

To set up your Ronin wallet, you’ll need to pair it with your Axies account. You’ll also need to sync your Axies from the wallet with the game in order to start playing.

A Beginners Guide: What is ApeCoin (APE)? ApeCoin price Prediction

What is the AXS token?

The native governance token of Axis Infinity, AXS, is currently used to pay for breeding fees. Holders of AXS in the future will be able to vote on decisions regarding the game and its future development, as well as potentially earn rewards through staking AXS.

Eventually, ‘Axis Infinity’ will move from a centralized platform to a fully decentralized one and allow for greater decision-making power for members of the community.

Where can you buy AXS?

There are cryptocurrency exchanges such as Binance, FTX, Kucoin, Coinbase, Gate.io and Huobi Global that offer AXS. The other decentralized exchanges Uniswap and SushiSwap do sell it. However, If you want to purchase AXS, you need a crypto wallet with ETH or another Ethereum-based ERC20 token. You can buy ETH with fiat at Coinbase or Binance and transfer it to your wallet.

In June of 2021, Sky Mavis blew up on the back of a massive sale during the Ronin transition and an $7.5 million Series A funding round with Mark Cuban, Alexis Ohanian, and others. The company also has support from major games publisher Ubisoft, which mentored them in their Entrepreneur’s Lab accelerator program and aided them in their launch of Ronin. In October 2021, Sky Mavis experienced a Series B funding round led by Andreessen Horowitz, which saw them valued at over $3 billion.

If you’re a fan of blockchain and games, Axie Infinity is definitely worth checking out. The game features cute monsters battling it out in cartoonish combat, and it offers a rewards-based system that encourages players to keep playing. It can be tough to get started, though, so be prepared to sink some money into the game before you start enjoying its full potential.