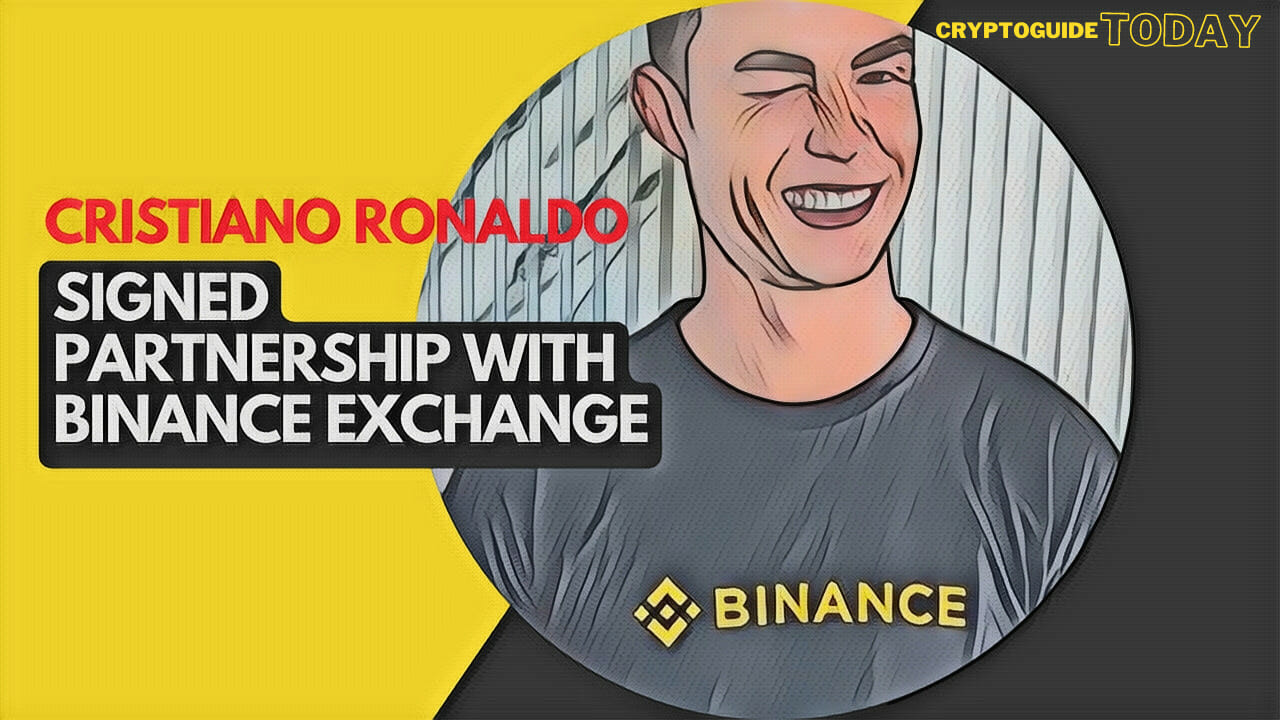 Cristiano Ronaldo, one of the world most famous Football player, has signed a new partnership with one of the top cryptocurrency Binance exchange.

Cristiano Ronaldo has signed on for a sponsorship with Binance – a cryptocurrency exchange. This is despite the crisis happening in the cryptocurrency market, which made him one of many celebrities to sign onto this lucrative partnership. Binance one of the most leading Cryptocurrency Exchange, announced this news on official social media accounts and that it had agreed to a deal with Portuguese footballer Cristiano Ronaldo.

Binance will start an entry point campaign to educate Portuguese lottery player fans about cryptocurrencies, introducing them to Web3. This is a muiti-year contract with goals which can be reviewed.

Cristiano Ronaldo, the great soccer player from Portugal has gone beyond the realm of sport and is now an icon of industries such as fashion and technology. Changpeng Zhao, then said that Ronaldo is a symbol of success and tremendous influence in fields other than sports.

Changpeng Zhao explained that while they are excited to give Ronaldo’s fan a chance to meet their idol, the company also plans on giving fans an “early access opportunity” to experience Ronaldo himself as he owns pieces of the NFTs that will be released. Ronaldo also commented on the upcoming drops, saying that fans will definitely enjoy them. He also said:

“My relationship with fans is very important to me, so I wanted to be a part of this new NFTs platform. This NFTs platform will bring new ways for fans to experience unprecedented experiences as well as access to players”.

The first collection will be launched at the end of the year. Cristiano Ronaldo and Binance will release the collections for sale exclusively through the specific Binance platform.

Despite what seems to be a chance for massive losses, Zhao said that it is his third bear market and Binance second encounter with this kind of market situation. He implied that the team knows how to navigate their way in a bear market, meaning that they are able to hire top talent during these difficult times.

This is great news for cryptocurrency enthusiasts, as it shows that even high-profile celebrities are beginning to see the potential in this new technology. Cristiano Ronaldo deal with Binance will introduce a whole new group of fans to cryptocurrencies, and it is no secret that Cristiano Ronaldo is one of the world’s most famous football player. He has reached international superstardom, and his skills on the pitch have made him a millionaire many times over. Now, he has added another lucrative career to his list of accomplishments – cryptocurrency sponsor. Binance, one of the leading cryptocurrency exchanges in the world, has announced that Ronaldo will be its newest partner. This news comes as cryptocurrencies face some tough times, but it’s clear that Ronaldo isn’t concerned – he’ll continue to endorse new projects and products regardless of the market conditions. If you’re interested in investing in cryptocurrencies or just want to learn more about them, this is an excellent opportunity to do so – thanks, Cristiano!